Though the city has got modern colours today, once Delhi was the seat of the prominent kings. These kings made sure that they were living the time of their life by building artefact and monuments, which are even present today and are attracting a large mass of national as well as international tourists. Among the many historic monuments, below are some of the places worth giving a shot:

This monument holds the first rank as the garden-tomb monument in the Indian subcontinent. It was declared the World Heritage Site in 1993. Since the declaration, a number of restoration work has taken place to preserve this site of pure architecture. The tomb was built by Humayun’s son—Akbar—during the period of 1569 to 1570. It is said to be the first structure to have used red sandstone in high quantities.

The village was well-known during the mediaeval times. It has got some of the aesthetically pleasing buildings built near the reservoir. The village shows the brilliant artworks of Islamic architecture, which has the representation of the urban culture. Besides the colourful buildings, the village also has greenery surrounding the walkways. 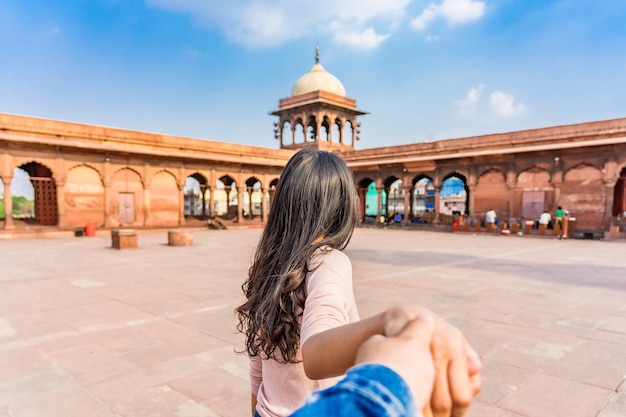 Located at about 16 Km away from the centre of the city, Qutub Minar is the tallest tower in the world. The minaret stands at the height of about 234 feet, and consist of about five stories. The tower has the base diameter of about 14.3 m, which is reduced to about 2.7 m at the peak. Some of the verses taken from the Quran are inscribed on the tower.

The red fort (also known as Lal Killa) was the main seat of the Mughal Emporers. The fort was built by the fifth Mughal Emperor of India, Shah Jahan. As the name suggests, the fort was built with red stones, which makes it look different from the other pieces of architecture. Every year, the government of India hoists the flag and delivers a speech, followed by a parade.

Besides the other architectures that have the Islamic touch, Akshardham Temple is a spiritual-cultural campus for the Hindus. The temple was open for public in 2005. The temple features the Sahaj Anand Water Show, a Thematic Garden, three exhibition halls, and an Abhisheka Mandap. However, the main attraction is the statue of Swaminarayan in the temple, which attracts large masses. 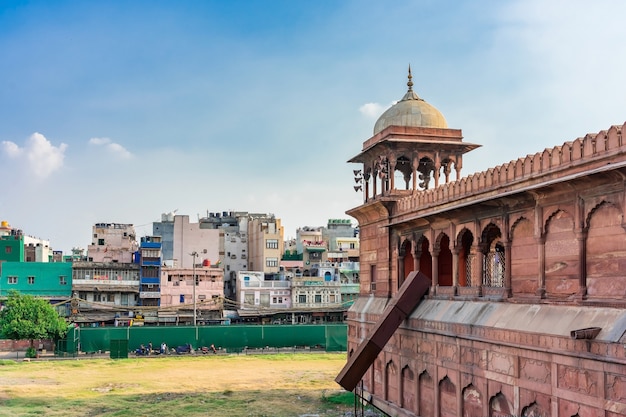 A Shift From Cultural To Business Hub

Delhi has always been the seat of the leaders, and so, it has always been ahead in terms of culture. However, in recent times, urbanization and industrialization have encouraged number of people to move to cities for employment opportunities.

Rental flats in Delhi begin from about Rs. 5,000 a month in Dwarka Mor and can range up to Rs. 80,000 a month in Safdarjung Enclave. The rent for a flat in Delhi is based on various factors such as a number of rooms, floor number, distance from the metro station, etc.

So, before looking for a flat to rent in Delhi, it is better to know the rent trend. You can simply contact us to let us know your requirements and we will compile a list of flats to rent in Delhi.