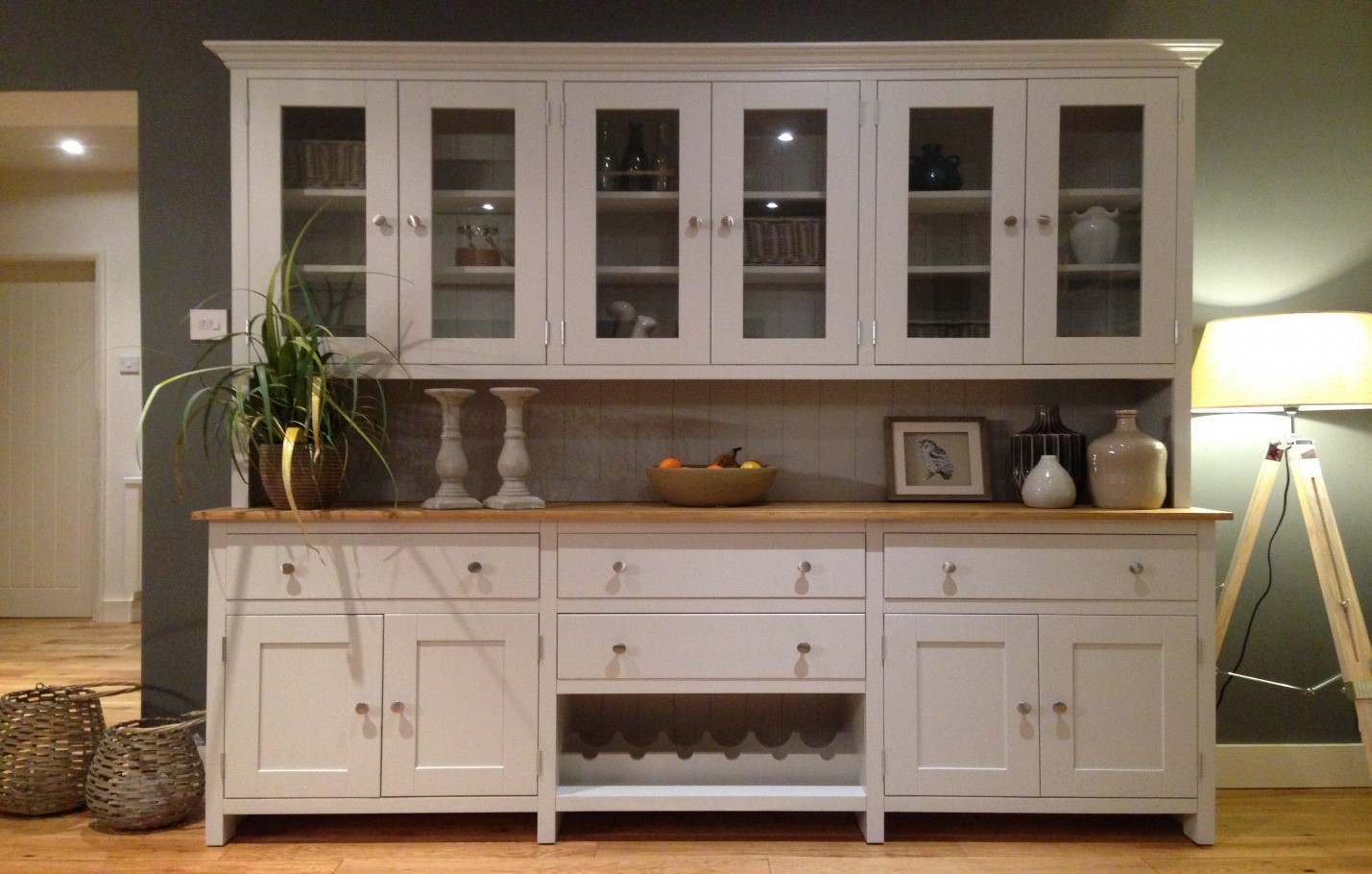 Traditional Welsh dressers have been in use since the 1600s and are typically used as kitchen furniture. Typically, they are built of oak and have a sideboard-style bottom with cupboards and drawers over open shelf, with the top being made of glass.

Despite the fact that some believe Welsh Dressers are exclusive to Wales, Welsh Dressers are used all over the world, with each area customizing its dressers to meet their own demands. Dressers were originally intended to be used for storing and preparing food, which is why they have a large surface area that helps owners of Welsh Dressers in the 21st century just as much as it did in the 17th century!

Furthermore, because the dressers were created to fit into compact areas, you may enjoy both the functional and the aesthetic benefits of Welsh dressers. This allows those who live in smaller houses to benefit from Welsh dressers as well.

After around 300 years, the style of dressers remained unchanged, and the original design is still in use today. However, by the 19th century, Welsh Dressers had been adapted to fit different style trends, such as Art Nouveau and Gothic styles, and arts and crafts styles, resulting in a diverse range of antique Welsh dressers to choose from!

Why are Welsh Dressers an Important Aspect in the Home?

1. Welsh Dressers as an Aesthetic Purpose

Individuals were more likely to acquire ornamental things during the mid-17th century, and those who were considered "better off" than others wanted to demonstrate their wealth by exhibiting these items in public places... Welsh Dressers were the ideal means of accomplishing this.

In the 18th century, there was an increased demand for more furniture because homes were becoming larger. However, this demand was not met by urban workshops or large corporations; rather, it was met by local village furniture makers who used native timber and sold to their neighbors and friends as their customers.

In any room, the dresser has an impact on the overall design and ambiance of the area. Place this Georgian Welsh Dresser in the center of your kitchen wall and fill the shelves with your finest China and daily items, for example, to create a beautiful display. The drawers may then be utilized to hold plates, silverware, and napkins, resulting in a centerpiece that is less complicated to maintain.

3. You can display your Favorite Items

Welsh Dressers are frequently associated with country living; however, this is not necessarily the case. The fact that there are hundreds of different types to pick from means that you will be able to choose a Welsh Dresser that complements your interior decor while still providing the fundamental advantages that Welsh dressers provide.

A feature that we appreciate about a Welsh Dresser is that it allows you to display a few more of your favorite items. The shelves can accommodate your arrangement of plates and glasses, and you can also add some ornaments or flowers to really bring the piece of furniture to life if you so desire.

Every homeowner desires a design that is unique to them. We like that Welsh Dressers allows you to outfit the shelves anyway you see fit, resulting in a space that has character and is indicative of your particular style.

For many individuals, seeing a Welsh Farmer's home that embodies craftsmanship gives them a feeling of well-being. Welsh Dressers create an emotional connection to furniture that the bulk of contemporary furniture cannot supply today, making it more probable that these pieces of furniture will be passed down through generations and be cherished by all members of the family who have inherited them.

Several Pointers on How to Style Your Welsh Dresser