It only takes 30 seconds or less for a small flame to grow into a major fire. It can create thick black smoke in two minutes that can endanger you and your family’s life. After five minutes, it can rapidly engulf your entire house in flames, taking with it all your material possessions and belongings.

Just like that, your whole life will flash before your eyes as you watch your house and everything you’ve worked hard to achieve burn down. That is if you’re lucky enough to get out. The sad reality is that most people believe that they are immune to disasters until they experience them themselves, and by then, it will be too late to do anything about their situation.

This is not to plant paranoia or fear in anyone. If anything, this hopes to serve as a mere reminder that human life is fleeting; which is why people should learn how to protect themselves especially against preventable disasters such as house fires.

Knowing how to identify potential fire hazards around your house is the first step towards progress. By learning these hazards, you will be able to make informed decisions concerning household management. Here are three of the most common culprits of house fires in history:

Most homeowners who do their own laundry tend to use their washing machine and dryers as often as twice in a week, or sometimes even more. Usually, they will remember to clear out the lint screen after each load and think that no further action is required. But they couldn’t be more wrong for thinking this.

That’s because the lint screen only traps 40% of the debris, while the rest head up to the dryer vents where they stick and accumulate. Over time, this lint buildup will clog the dryer vents and constrict the flow of air, which can then cause the machine to overheat until eventually, catching on fire.

Before you accumulate enough lint to ignite a potential fire, you should call in professional dryer vent cleaners who can take care of your problem for you. It could also be wise to set a regular dryer vent maintenance schedule to avoid this from happening again. 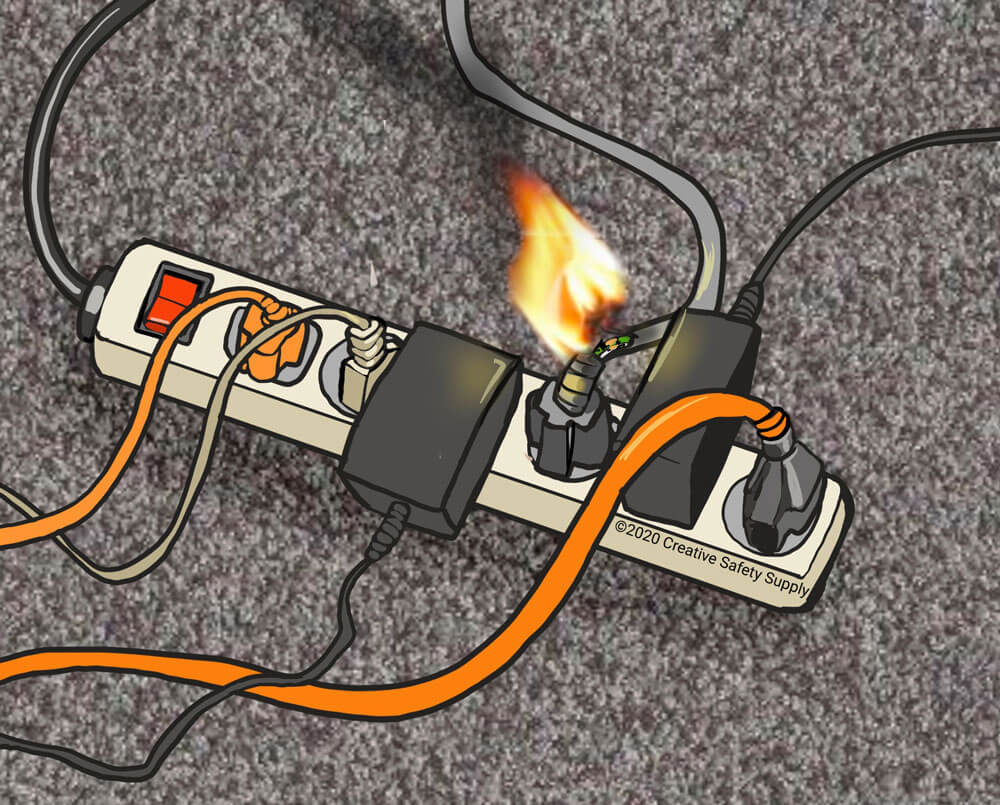 Not all homeowners will be satisfied with the house they have. For instance, it may not have enough electrical outlets to fit what they need to plug in. To deal with this shortcoming, a lot of people would resort to using extension cords, especially if the sockets aren’t near where they need them.

However, most homeowners are unaware that there are appliances that should never be plugged into anything other than a wall socket with the right voltage. This is because the extension cord may not withstand the amount of power surging through it, which can cause the device to become overloaded.

When this happens, it could not only damage the appliances or devices plugged into the extension cord, but it could also damage the circuit breaker and cause a power outage. Or worse, it can ignite a fire. If you need more outlets, it could be better for you to hire an electrician to add them so you won’t have to use extension cords anymore.

Many people depend on their portable space heaters to provide them warmth during the times when their central heating system is inadequate, or they just want additional heat. It could also be more cost-effective to purchase a small space heater than to install an entire HVAC system.

The pros of having a space heater can often outweigh the cons. But there can be times when a single con will prove to be life-threatening: if the space heater becomes a potential fire hazard. This can happen when the space heater is left too close to combustible surfaces and materials.

Among these are curtains, piles of paper, and other flammable items that may fall near where the space heater is located. To avoid this from costing you your life, you should always remember to turn off the space heater before you leave the house or go to bed, and to place it at least three feet away from anything that will burn.

Your parents were right; you should never play with fire because it can cost you everything, including your life. Keep your eyes peeled for these common fire hazards around your house and other potential culprits. You can never be too safe, especially when it’s your and your family’s life on the line.